More free learning for the free learning enthusiasts! This one is great and totally comprehensize… all topics from Biology, to Law, to Political Science and everything along the way. I’ve yammered about LearnersTV before, but they’ve grown and keep growing.

Forget about space and physics for a while and learn something crazy new! Go on, get over there: 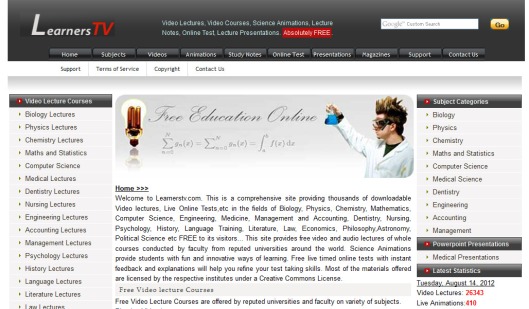 8 rotary engine – an internal combustion engine, the heat rather than the piston movement into rotary movement

# Via World Of Technology. HowStuffWorks see from the attached three car engine diagram:

1, inline engine – it’s cylinders lined up side by side

2, V-type engine – cylinder arranged at an angle of two plane

You know who likes learning new stuff as much as nerds?… Nerd Kids! Also, when I learn about new stuff I like to start wayyyyyy at the start. Not like, Marine Animals 101… Way further back… NeoK12 Marine Animals.

Simply put, NeoK12 is educational videos, lessons and games for K-12 school kids… or adults pretending to be K-12 school kids to get some fun intro info on some subjects we may not be as versed in as we would like to be.

First of all, it’s not as childish as it sounds. Most of material is informative and legitimate and from reliable sources like National Geographic. Sure there’s uber-basic topics like “subtraction,” but there’s also more stimulating topics like “Exoplanets,” “Light & Optics,” and “Metamorphosis.”

Second of all, aside from NeoK12, I really don’t condone pretending to be a K-12 student online…. I’m not even sure of the legalities of doing that where you live… maybe just be an adult that likes kid sites…

Physics, Science, Physics, Science, Physics, Cosmology?… Alright, so the library of free learning resources available on iTunes is growing, and with that we’re starting to see a more diverse offering. This time around I’m looking at the Introduction to Algorithms. I must admit, this is a topic I know very little about and I’ve yet to dive into the iTunes offering, but I’m interested and it’s free! Have at ‘er people:

I know I do!… This is another geek-way to a serious Wiki-Wiki-Gang-Bang. There is a lot of information here… A LOT! And, like all of my very favourite nerd resources, it has something for every breed of geek: history geeks, political geeks, science geeks, movies geeks, space geeks, dinosaur geeks, tv geeks, music geeks, and more can all rejoice. 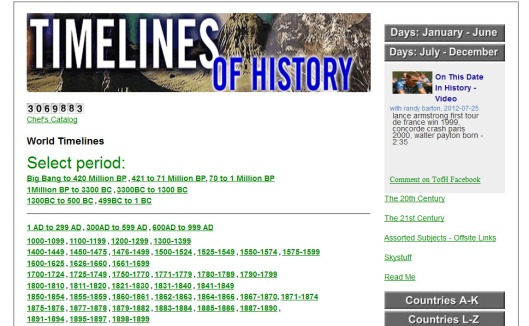 This comprehensive list of timelines in History obviously isn’t exhaustive, but it certainly does its best. It’s also not a very attractive site, which in my experience means it’s stacked with good information… I like to think it’s because the authors have so many important things to say that they don’t have time for aesthetics or usability, or white space for that matter. Check it out!

Note: The simplicity of the site’s layout actually makes it really easy to save each article in a format that’s easy to read on the go. Save it as a pdf, word.doc, photo, or my favourite, as an epub to read on my e-reader in transit.

I love finding answers to questions that I didn’t even think to ask. I think everyone does. It’s that feeling of coming to a surprising revelation just when you thought you knew all the big things you ever wanted to know. The sky being blue for example; most people don’t really get an answer to that question until they’re adults and think to look into it.

Anyway, that’s a bit of an irrelevant rant. What I’m getting at is I only, just now, accidentally stumbled across the how and why of the numbers we use today. Check it out!

It has been a while since we had one of these, so we’re well overdue. As you may have guessed, LearnersTV is another free resource in the pursuit of your imaginary post-secondary education.

Similar to the other online college/university resources I’ve mentioned before, LearnersTV offers an abundance of lectures and seminars covering a variety of subjects. LearnersTV takes things a bit further and gives you lots of resources to supplement the lectures. Check it out!

By definition, the first two numbers in the Fibonacci sequence are 0 and 1, and each subsequent number is the sum of the previous two.

In mathematical terms, the sequence Fn of Fibonacci numbers is defined by the recurrence relation

Fibonacci numbers are closely related to Lucas numbers in that they are a complementary pair of Lucas sequences. They are intimately connected with the golden ratio, for example the closest rational approximations to the ratio are 2/1, 3/2, 5/3, 8/5, … . Applications include computer algorithms such as the Fibonacci search technique and the Fibonacci heap data structure, and graphs called Fibonacci cubes used for interconnecting parallel and distributed systems. They also appear in biological settings,[6] such as branching in trees, phyllotaxis (the arrangement of leaves on a stem), the fruit spouts of a pineapple,[7] the flowering of artichoke, an uncurling fern and the arrangement of a pine cone.[8]

A Fibonacci spiral created by drawing circular arcs connecting the opposite corners of squares in the Fibonacci tiling; this one uses squares of sizes 1, 1, 2, 3, 5, 8, 13, 21, and 34. See golden spiral. 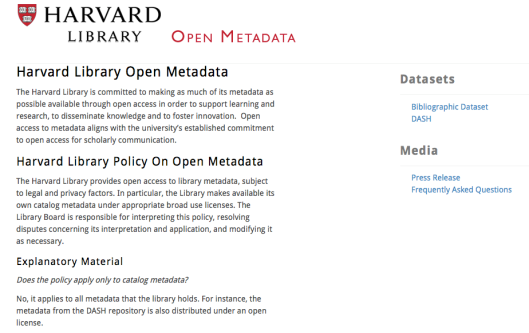